The CAE-IF is a sub group of the MBx-IF dedicated to the implementation and testing of the STEP AP209 standard. It focuses primarily on the Finite Element Analysis (FEA) in the Mechanical domain for Linear Static Analysis. Other domains (such as Dynamics analysis or CFD for instance) will be addressed later.
CAE Implementor Group and CAE user group:
The Implementor Group is composed of CAE developers and vendors implementing AP209 translators and running the CAE test rounds, while the user group is representating the industry needs.
For more information, please contact :  cae-if-contact@lists.purdue.edu
CAE-IF roadmap
In order to reach this goal, the CAE-IF road-map has been set up considering 3 axes : functionality, complexity, process. 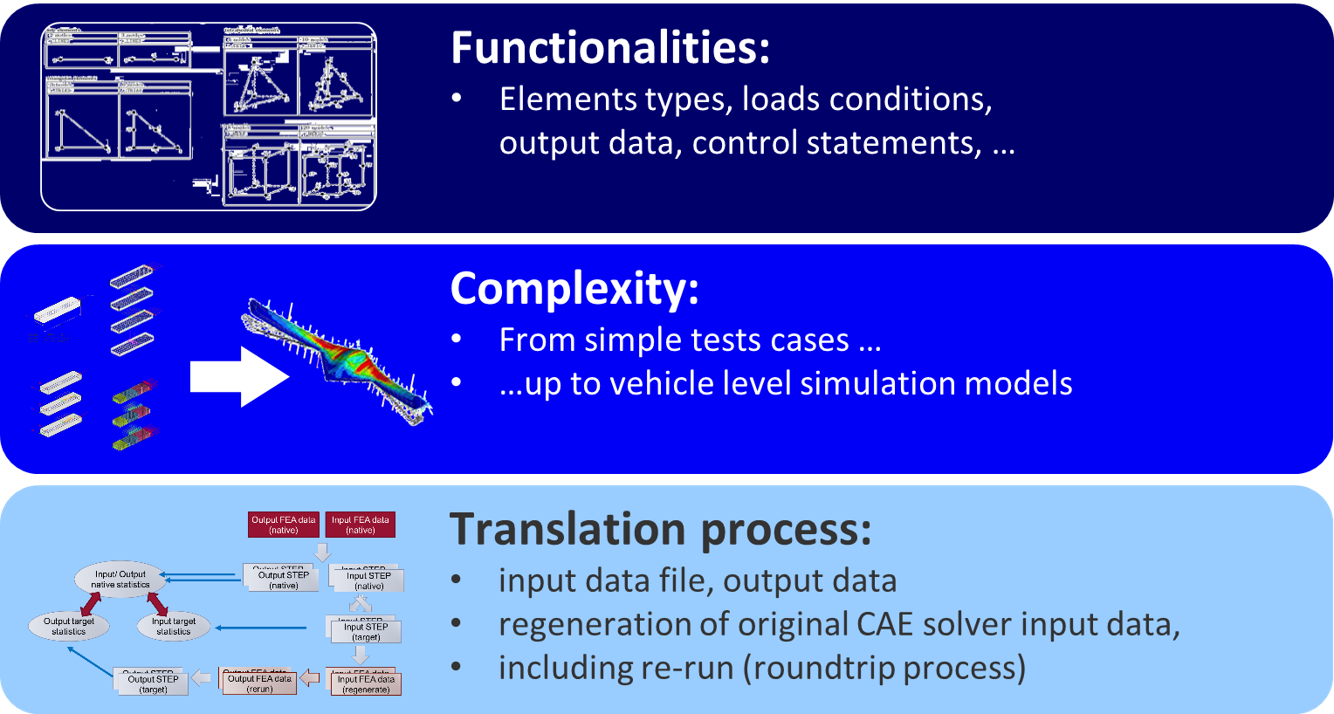 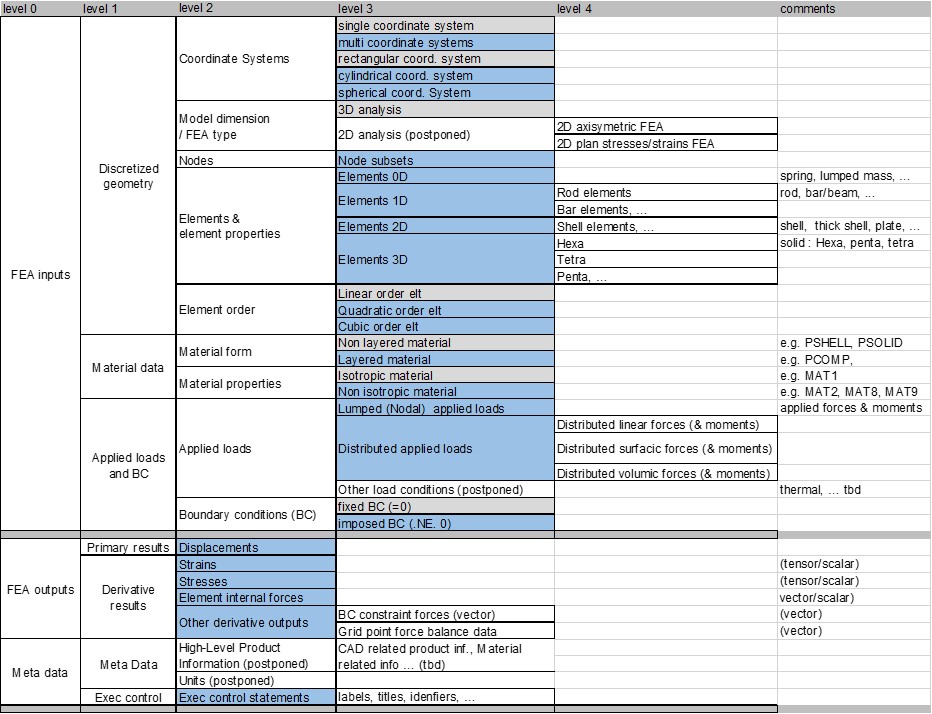